In the early 17th century the house was owned by the Stanley family who carried out alterations around 1640 and built a bridge across the moat. The two houses were joined by a brick link in the late 18th or the early 19th century. In 1915 the house was fully restored and further renovations are now being carried out.

The owners, their architect and project manager were keen to protect archeological evidence below the floors and avoid problems seen elsewhere where buildings with compacted ungraded hardcore and concrete sub bases prevent any water that gets under the building from draining away. They
also wanted to avoid dampness being pushed from below an impermeable floor into surrounding walls. They instead have installed a floor build up that allows the whole floor structure to be able to breath.

At the old hall later concrete floor coverings and impermeable membranes were taken up and the ground excavated by archeologists. The floor was then built up from the bottom with a geotextile membrane, 250mm of free draining foamed glass subbase, another geotextile membrane, underfloor heating pipes, clipped to lightweight steel reinforcing mesh and then an 85mm deep glass fibre reinforced eminently hydraulic lime screed, before finished with floor coverings including some areas of stone flags. 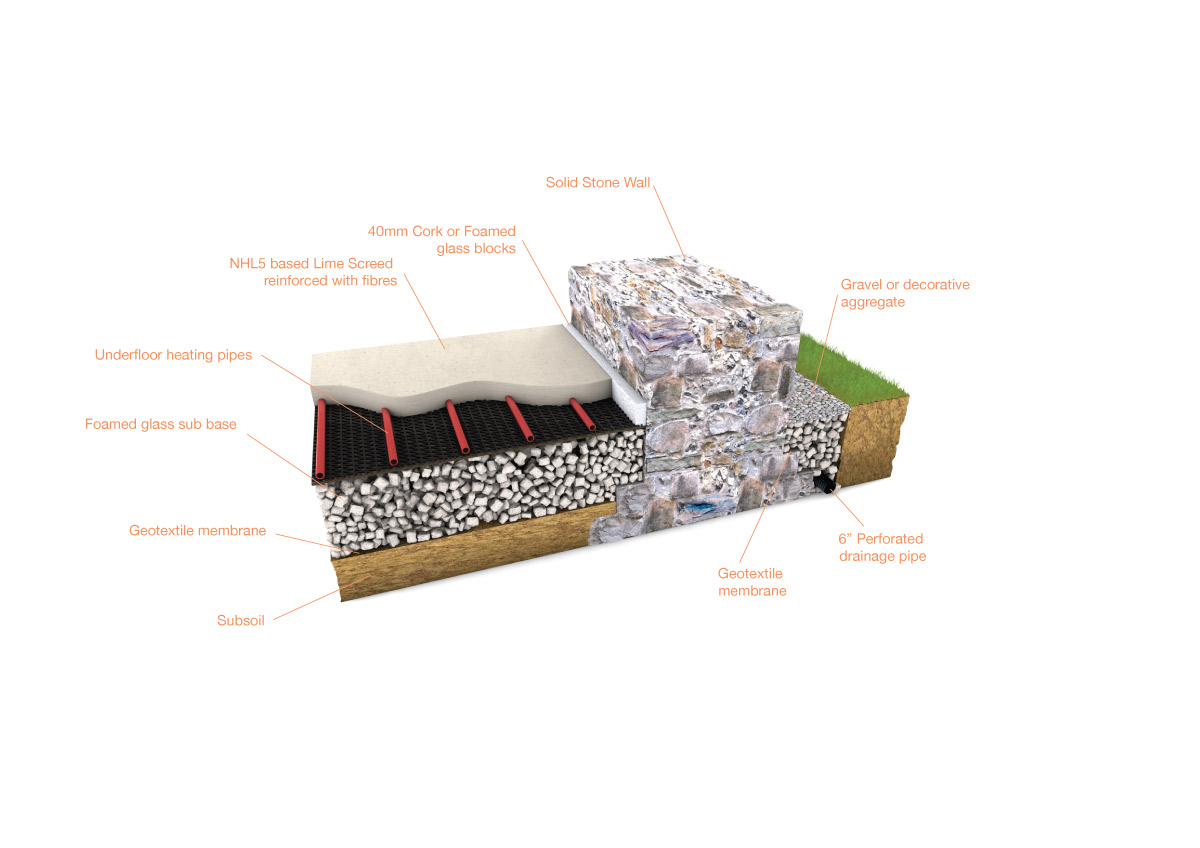 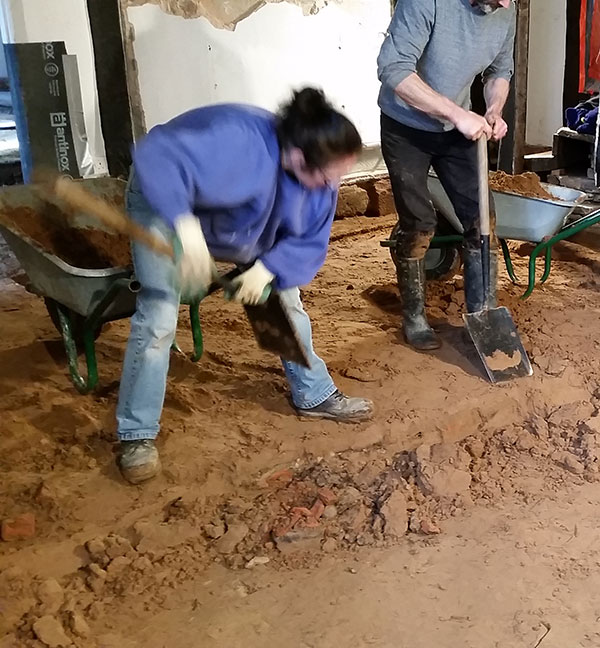 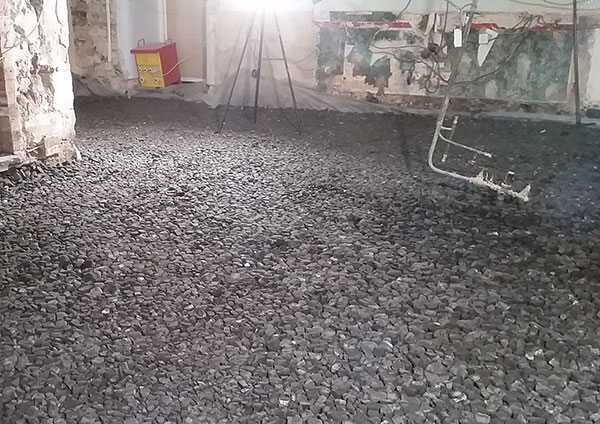 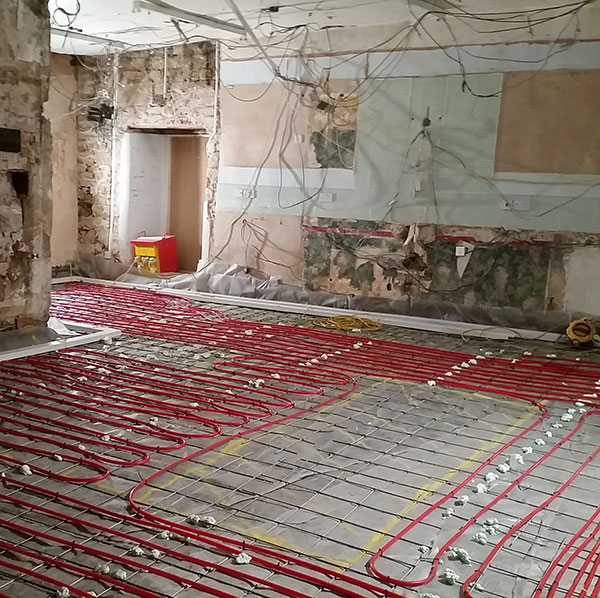