The Great Hall at Lambeth Palace, which has been built and rebuilt many times over
the centuries, currently houses much of the Lambeth Palace Library. It was in the first
Great Hall that Erasmus and Holbein were welcomed by Archbishop Warham, and
where Henry VIII was entertained by Thomas Cranmer.

The Parliamentarian Colonel Scot ordered the demolition of the building following the
English Civil War and the more valuable materials were sold off at auction. It was not
until the Restoration that Archbishop Juxon rebuilt the Great Hall. He used much of his
own money to complete the works, and attempted as much as possible to replicate
the original medieval style. Writing in his diary in 1665, Samuel Pepys described
a visit to see “Bishop Juxon’s new oldfashioned hall”.

In spite of Juxon’s splendid restoration, the Great Hall was rarely used until the
early 19th Century, when, as part of Blore’s renovations, the Hall first became a home
for the Lambeth Palace Library. During recent renovation work the building’s
custodians, architect and main contractor were keen to avoid problems seen
elsewhere where buildings have compacted ungraded hardcore, membranes and
concrete sub bases installed preventing any water that gets under the building from
draining away and causing water to be forced into outside walls.

To ensure the new floor was well drained, insulated and breathable it was then built
up from the bottom with 225mm of free draining ‘Foamit 30’ foamed glass and
above this a compacted sub base was placed a geotextile membrane. This was
then followed with 100mm of glass fibre reinforced lime concrete, consisting of 1
part Ionic NHL5, 3 parts 3mm down sharp aggregate and ¼ part 10mm limestone
chippings. Underfloor heating pipes were then laid before an 80mm Ionic hydraulic
lime based screed and bedding mix allowed the floor to be finished with stone tiles. 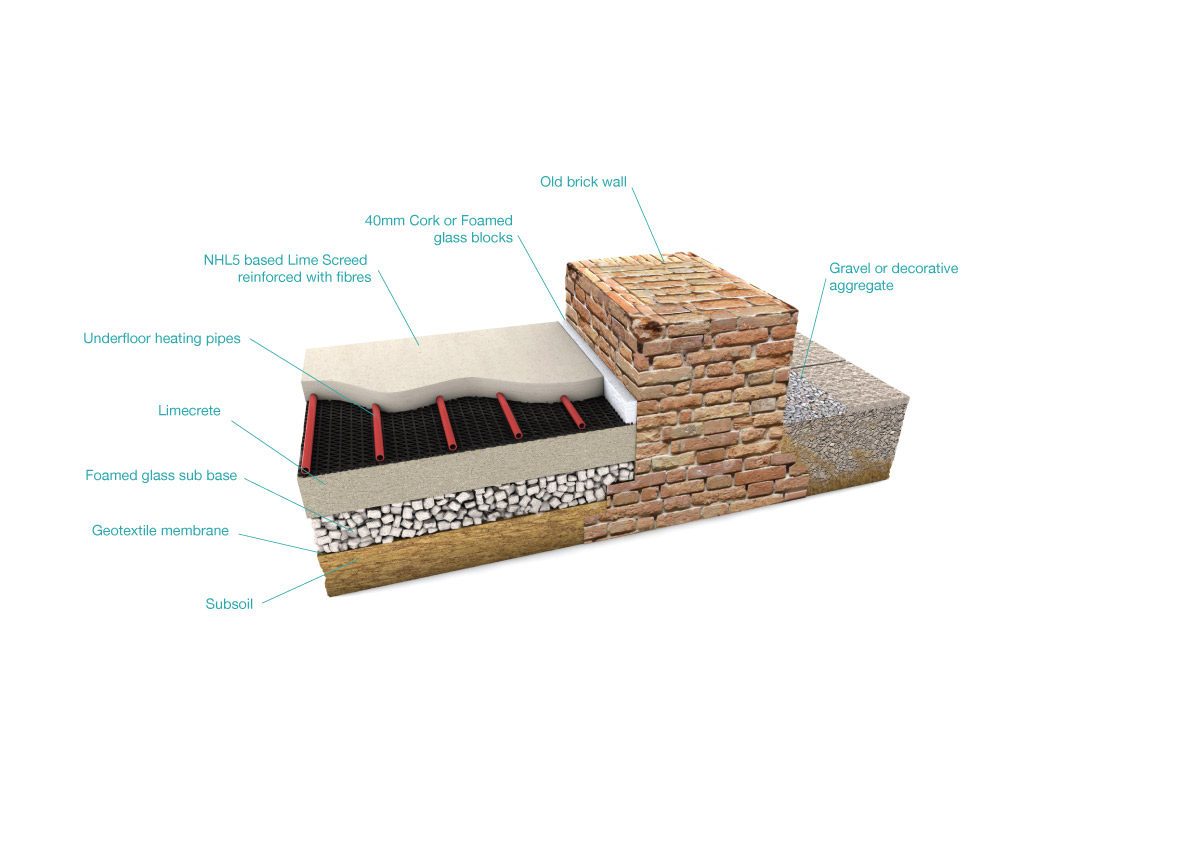 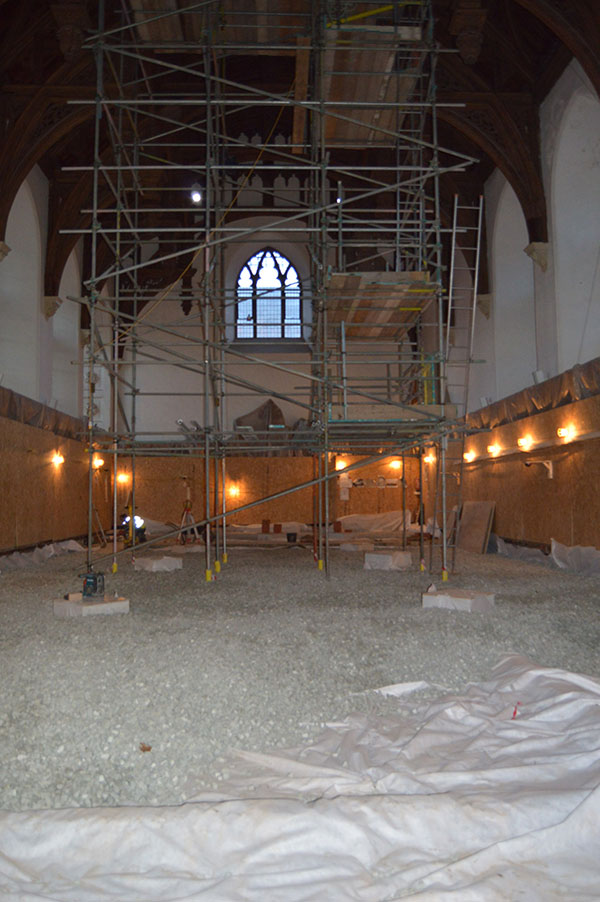 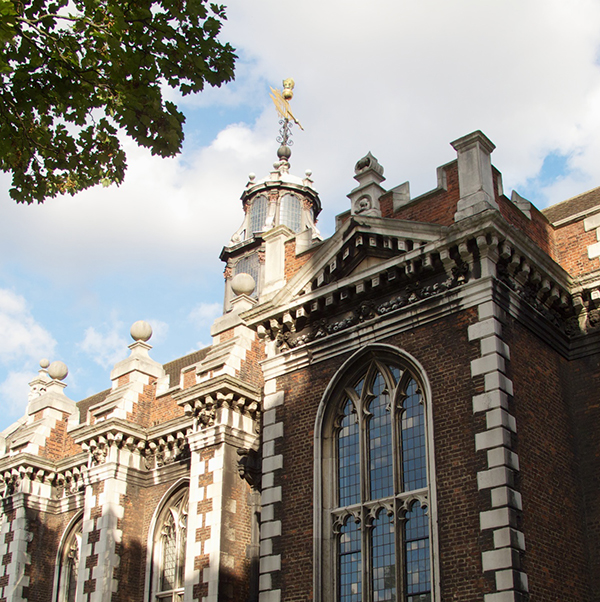